Kate reported, “We arrived at the school early so we could get cracking and see as many people as possible on our last day in Amrit's village, to find there were already over 100 new people waiting, as well as a large proportion of those we had to turn away the previous day. 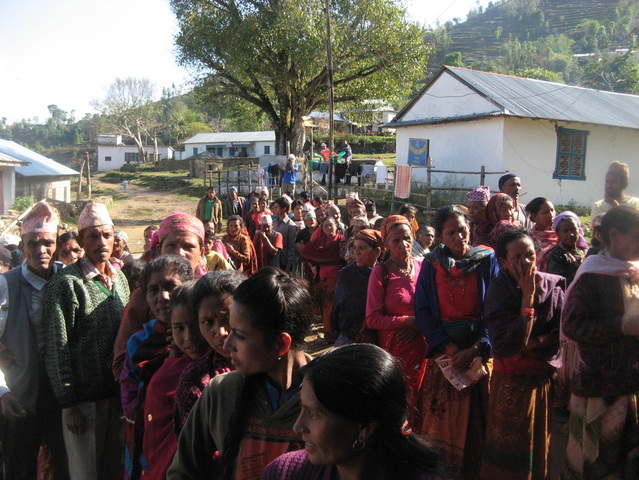 A hundred or so patients line up to be seen by doctors, midwife, dentists and optometrist. There hasn't been a medical camp here in the last six years.
“The newbies got themselves organized, by writing a list of who had arrived in which order, which they duly gave to Amrit so they wouldn't be pushed aside by late comers. In order to accommodate everyone, patients had to be restricted to one consultation only. Thankfully everyone was understanding and grateful for the opportunity to be seen for their most pressing ailment."

Kate continued, “The weather wasn't too unkind to us, only a small shower in the morning, however, it has now been raining hard for almost 12 hours and we have a 4 hour hike uphill to the next village for our next health camp, which starts tomorrow and will run for 2 1/2 days.”

Community Youth Group Volunteers:
In this culture, which shows respect to elders, it’s rare to see adolescents in charge of herding and directing adults although crowd control, keeping the peace and lines organized, was a huge part of the success of this medical camp. The afternoon crowd seemed rowdy which frightened some young volunteers. At first they didn't know how to help, but a system was worked out. Aspiring leaders usually find a way and these youths were developing skills. They strutted with pride in their new authority. Wearing name tags for identifications these youths seemed happy and appeared proud of their responsibilities. Next time a short meeting beforehand, with a list of expectations, might lessen their initial apprehension.

These young volunteers walked here from four surrounding villages located as much as three hours away. Among them was Dipsana, an 11 year old with a pretty smile, who spoke a little English.  A young boy practicing his English asked Lin her name and the name of her village.

At the end of the last day of the first camp, this youth group received a 5,000 rupee donation ($53.00 U.S.) from money raised by volunteers in the U.S. and from Dr. Del’s pocket. Each youth volunteer also received a pair of sunglasses. Since these are considered status symbols the youth proudly practiced their swagger wearing cool, new shades, or wearing on top their heads while working 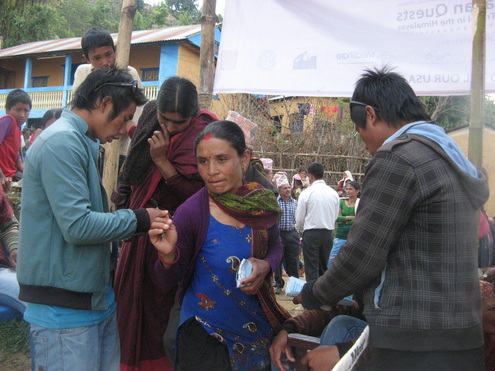 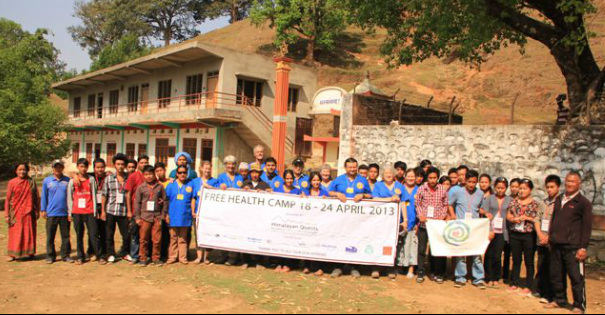