Chapter 6:  AN AFTERNOON in Thamel

Joey and Karla co-founders of One World One Heart Foundation suggested we stop/shop at Akka Lama’s Thangka store in the center of Thamel. He is on the OWOHF advisory board, and runs a school of Tibetan Thangka paintings. “Akka is a wonderful bhai (younger brother) of ours. Stop by and say Namaste from us. Akka Lama has done much nonprofit work in Nepal and runs a nonprofit in Nepal known as DCWC, we support him with our organization as a sister nonprofit here in the U.S.” 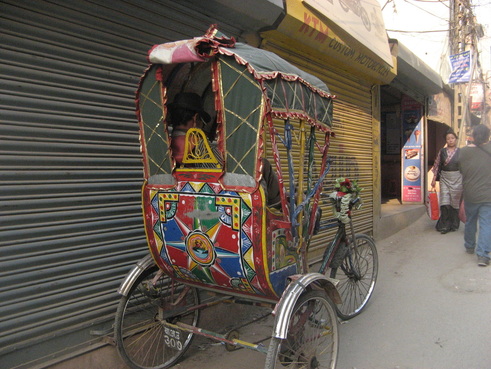 In the tourist district of Thamel are colorfully painted rickshaws drawn by bicycles. 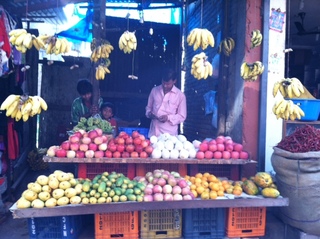 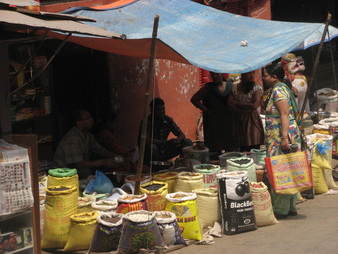 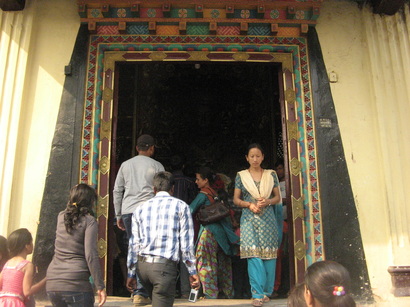 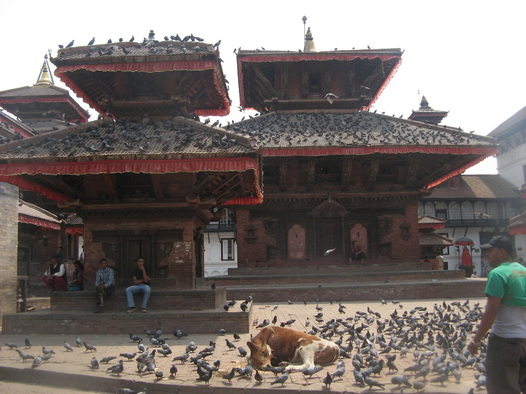 Pedestrians, motorbikes and vehicles alike skillfully moved around cows lying at rest in the temple site. 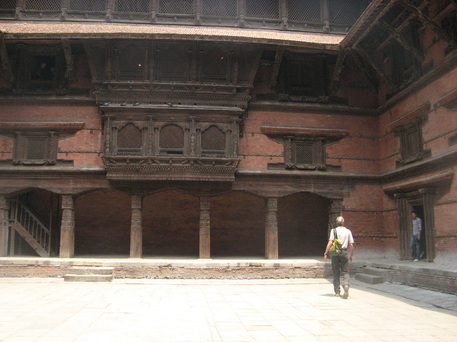 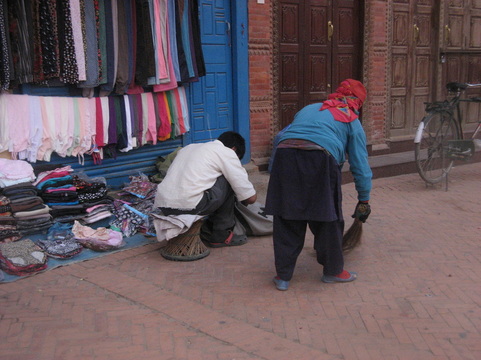 Street sweeper and shopkeeper in front of store selling fabric and western style clothing.
Within the prime shopping district prices tend to be better. Nepalis expect you to barter. Not to do so makes you look foolish. Bartering is a way of life and can be fun.  We were advised, “Whatever price they start with, always say NO and start with about 50% of that number. 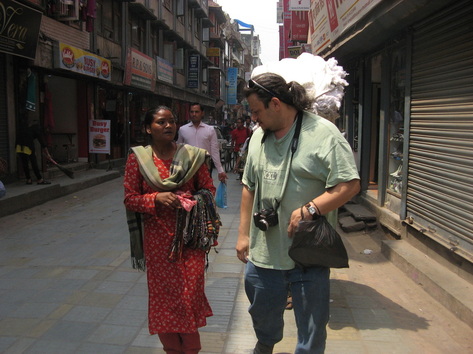 Mike cannot get away from this vendor. She followed him for an hour.
If someone is planning to buy a high-end item, we were advised to ask Amrit to help bargain for the final purchase price. There are many knock offs, so be careful. Some of the cheap, light weight jackets are tagged North Face and labeled “down insulation,” so we asked Amrit for the most reputable places to shop.  Mike and Donna purchased down jackets for under $25 at a reputable outdoors store recommended by Amrit.

A week or so later, after Lin’s fleece got left behind she purchased another in Pokhara for a song. While there, Mike purchased a backpack on his own. Amrit went back with Mike to the store and gave the shopkeeper a tongue-lashing for selling shoddy goods. Mike was able to exchange these for hiking pants at the same cost.

While Fire and Ice Pizzeria was recommended by our Taos contacts we found the service painfully slow and the pizzas overrated. Since we were late in meeting Amrit and Kate for a free outdoor concert we took a cab.

Members of the very popular, number one Nepali band, “Kutumba” (and friends of Amrit) are famous for using primitive native instruments to play new, modern songs. http://www.kutumba.com.np/bio.html The group salvages unused antique musical instruments in villages. Through the “Where There Be Dragons” youth program in Boulder, Colorado members of Kutumba teach youths the importance of keeping musical heritage alive by inviting them to listen in during practice sessions. Last year Dr. Del’s trekking group was also invited to Patan to hear Kutumba practicing.

On the cab ride back to the hotel Donna was in the narrow front seat. The road back to the hotel was quite rough and she noted, in shifting gears, the driver was banging her knee. In case you are curious, cars drive on the left, the British way. After the cab dropped us off Donna noticed her purse was unzipped. Her wallet with cash and credit cards was missing. Several weeks later Del and Lin were cautioned by another cab driver not to take cabs outside the Designated Cab Stand area, as these drivers were known to steal money and cameras from unsuspecting tourists. We need to be more careful in the future.
Next - Countdown to Med Camp Departure
Powered by